Following a recommendation made during the 18th session of the General Conference of UNESCO in Paris in 1974, the creation of CIMPA was decided during the 19th session of the General Conference of UNESCO in Nairobi in 1976. On the initiative of the French Government and a group of founding members (J.P. Aubin, J. Céa, P. Deheuvels, F. Dress, C. Godbillon, H. Hogbe Nlend, J.L. Lions, J.L. Koszul, E.J. Picard, A. Revuz, P. Sabourin), the International Center for Pure and Applied Mathematics was formally created as an association of the law of 1901, on 30 October 1978. According to its statutes, its mission is the training of mathematicians coming in priority from developing countries, by means of study visits during the university academic year and of summer schools, and with the help of the development of means of documentations. The seat of CIMPA is fixed at Nice, and its host university is the University of Nice Sophia Antipolis.

The association CIMPA gathers individual members, institutional members and member states. Originally purely French, CIMPA has recently taken on a European dimension with the entrance of two new members states, Spain in 2009 and Norway in 2011, and the strong financial support of Switzerland since 2011. Currently, the main sources of funding for CIMPA are: the French Ministry of Higher Education and Research, the University of Nice Sophia Antipolis, the laboratory of excellence CARMIN, the National Institute of Mathematical Sciences and their interactions (INSMI) of the Centre National de la Recherche Scientifique (France), the Ministry of Economics, Industry and Competitiveness (Spain), the Ministry of Education and Research (Norway), and the Secrétariat d'État à la formation, à la recherche et à l'innovation (Switzerland) via the University of Neuchâtel.

Ever since its creation, the CIMPA is led by a President, working in collaboration with the Executive Committee, and an Executive Director in charge of the day-to-day running of the association. 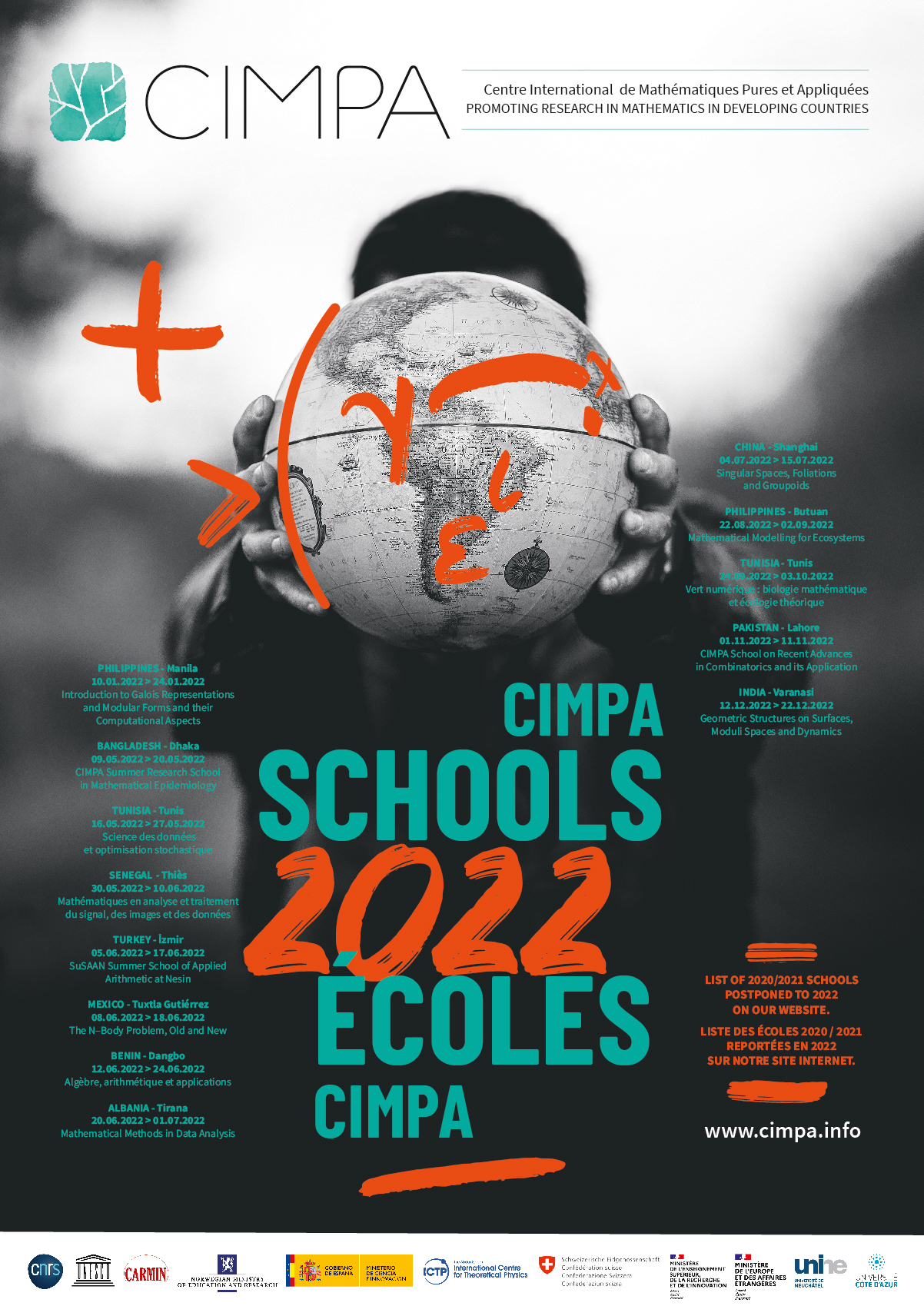 Make a Donation to CIMPA